Are American Racing Wheels Any Good? 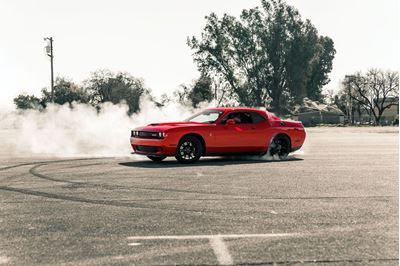 Cars are a lot more than just a vehicle to get you here and there. They’re a home away from home. In fact, the average American spends nearly eleven hours in their car per week. That’s like watching an entire season of Game of Thrones without ever getting off the couch (we know from experience).

But when you spend time in your car, you want to make sure it looks just as good as it drives. And your wheels can really make a huge difference in your car’s overall quality.

When shopping around for new wheels, you might be partial to the classics. There’s no better example than tradition than American Racing. This 65-year-old custom wheel brand knows a thing or two about innovation, but are the wheels really any good?

What’s American Racing All About?

These guys were founded back in 1956, so they’ve seen a thing or two when it comes to American motorsports. They’ve seen different styles and builds evolve through the ages, so if there’s one thing they know, it’s innovation.

American Racing wheels have been involved in just about all forms of racing, from desert racing to Trans-Am racing. Their wheels are built for speed, and they’ve become pretty essential to mainstream culture. Famous movies and TV shows like “Dukes of Hazard” and “Bullitt” featured American Racing wheels.

The American Racing Forged line is also 100% made in the USA, so you can really feel that patriotic pride every time you take your ride for a spin.

But enough chit-chat: Let’s get into the specifics. We’ll take a look at some of the wheels that American Racing has to offer so you can make an informed decision about whether or not they’ll be the perfect fit for your automotive best friend.

This is what American Racing is known for. The Torq Thrust wheels are timeless classics that may never go out of style. Considering this style is still going strong nearly 60 years after its release, it’s tough to argue that it’s not a classic.

These are arguably the most popular domestic wheels of all time. If you throw some of these on your ride, be prepared to make your parents proud.

One thing that these wheels have down pat is the style. The five-spoke design of the Torq Thrust is easily recognizable. If you went outside right now, you’d probably be able to point out tons of cars that are using these wheels.

There are also loads of finishes in this style, so you can maintain that timeless look while personalizing it based on your own preferences. There’s really something here for everyone, from diamond-cut lips to chrome, black, or gray textures. If you want a truly authentic-looking racing vehicle, the Torq Thrust is definitely the real deal wheel.

Also, these wheels are insanely high quality, and that pretty much goes for every type of wheel that American Racing has to offer. The machining and drilling of valve stem holes and lug holes uphold the highest standards of quality, so you’ll be proud to drive around in a wheel like this.

Most of the newer Torq Thrust models only come in larger sizes, like the VN315 Torq Thrust II. You only have access to the 22-inch, so you’ll need to be okay with larger rims on your vehicle. While giant rims are great for performance and style, you’ll probably get worse mileage if you use your vehicle practically.

Torq Thrusts are classic tires that will turn heads when added to any vehicle. They’re sleek designs and come in tons of different variations, so there’s something here for everyone. While these might not be the best for the average SUV, these will make fantastic additions to any car with sport suspension.

Even people who know nothing about cars can look at a vintage vehicle and respect it. When it comes to getting that authentic, timeless appearance, you need the tires to match. Luckily, American Racing’s vast catalog of vintage tires can fit any classic car, from Mustangs to Aston Martins.

The number of options that American Racing offers when it comes to its vintage collection is astounding. There are so many different styles and finishes to choose from that you’ll want every single wheel to have its own unique style. Many of these are variations of the classic Torq Thrust design, but some have flat centers that stand out.

There are also some chrome-finished wheels, and these look exceptionally fire compared to others with the typical silver finish.

American Racing places a clear emphasis on the style of its wheels. This isn’t to say they forget about functionality and durability, but it is to say that their wheels are made with extremely high-quality materials.

Because of that, you’ll notice that their options can be costly, often running you upwards of $1,500 to $2,000 for a complete set of new rims. However, there are some workarounds, such as renting your wheels or using a financing program to make monthly payments instead.

American Racing’s vintage collection of wheels are surefire ways to make your car go look like it’s straight out of a “Fast and Furious” film if “Fast and Furious” took place in the ’70s. As always, they’ve got tons of stylish options that are attractive to anybody. Be prepared to pay pretty hefty prices, especially if you buy directly from their site.

We’d recommend these wheels for anyone who likes taking their classic vehicle out for a joy ride now and again.

American Racing uses innovation as one of its selling points. Even though it excels in vintage and its classic Torq Thrust models, American Racing has an expansive modern catalog that’s keeping up with the times better than most wheel dealers.

And we mean it when we say they’ve got a lot of wheels.

American Racing is trying really hard to break into the younger, urban market with a plethora of modern wheel designs. Their catalog of stylish wheels is even more extensive than their variety of Torq Thrusts and vintages.

Having this many options is great if you’re someone who isn’t quite vibing with the old-school look but still wants to uphold those idyllic American values. American Racing is a trusted company, so any wheels you get from them will be reliable additions to your ride.

As hard as they may try, they haven’t breached into that modern crowd quite yet. You definitely won’t be making huge waves with other automotive enthusiasts in the same way that you would with a Torq Thrust.

Not to sound like a broken record, but American Racing’s wheels are built with high-quality materials that are built to last. Their modern collection is their attempt to branch out into a younger audience, and with the sheer amount of options, it’s pretty hard not to find something that works perfectly.

Although you might be the only one with one of these rims on the road, what’s wrong with standing out? American Racing’s modern wheels are great for someone who wants the quality build of vintage wheels without the old-school appearance.

American Racing is one of the most recognizable domestic wheel manufacturers, and they really haven’t gone out of style since their fruition in the fifties. This is probably because their Torq Thrust wheel is arguably the most iconic wheel of all time.

They still make loads of new Torq Thrust variants using chrome plating, matte black finishes, and more. While they might not be the most practical wheels on the market, they’re high quality and slick as hell.

As far as their vintage collection, these are just as timeless. With more options, there’s something here that works for everyone. But (and this is a big but), their high-quality materials can run you a steep price tag.

Lastly, American Racing has been branching out into the young, hip crowd with a huge collection of modern rims. They’ve got the same quality as their vintage options. They just aren’t as easily recognizable. But if standing out is your thing, then these are the wheels for you.

So yeah, we’d say American Racing wheels are pretty dang good. So when you’re ready to up your wheel game, let us help.

Americans Spend More Time Behind the Wheel, Despite Reduction in Daily Mobility, According to Ketchum's Daily Ride Index | PRNewswire.com.

Do I need plus-size tires? The big-wheeled look is big business | Consumer Reports